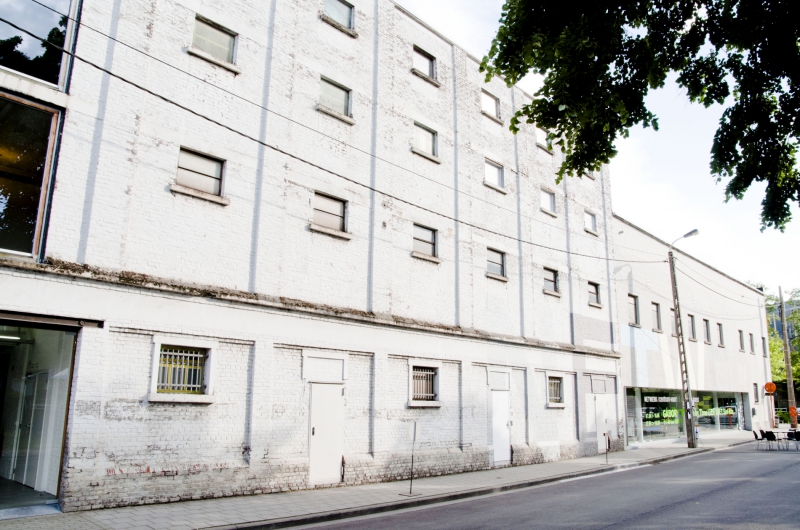 History
The organization in its current form has its roots in the 1981establishment of an independent socio-cultural centre, Netwerk. At a former wholesaler location in the centre of Aalst, theatre, dance, literature, punk music, jazz concerts, as well as exhibitions were organized. Until the opening of the Cultural Centre De Werf in 1989, Netwerk was the only centre offering a full cultural program within the immediate region. In the early 1980’s young art centres such as Network, Vooruit and Limelight manifested as dynamic innovators.

Over the years, thanks to the refurbishment of the building by architect Eugeen Liebaut, a small separate exhibition space was integrated, which signalled the start of Netwerk Gallery. At the end of the 1980’s Netwerk established itself as a laboratory for young artistic talent. In particular, its position as a concert location, acquired the centre a solid international reputation. Netwerk Gallery was further expanded in the early 1990’s with the renovation of several adjacent houses into intimate exhibition spaces. In the period 1987-2003 there were some 85 exhibitions, during which time Netwerk Gallery built up a strong reputation.

Centre for Contemporary Art
In 2001 Netwerk Gallery was recognized by the Flemish Community as a centre for visual arts. Simultaneously Netwerk was recognized as a full (performing) arts centre. Both recognitions offered the opportunity to professionalise. In 2002, a new home was searched out and the former Passementerie Van Brulle, an abandoned textile factory on the right bank of the Dender, was purchased. In a series of early group shows a number of artists generated fruitful insights into the spatial possibilities of the building. Eugeen Liebaut designed a quality and challenging architecture that makes maximum use of the existing structure while keeping the memory of its industrial past intact.

The introduction of the new Arts Decree motivated the organization to further professionalization with a view to further developing a quality and efficient operation that had already gained a great deal of experience and appreciation. Netwerk Gallery and Art Centre Netwerk were merged into a centre with a focus on visual arts. The sum of this new accommodation and reorganization had upscale effects. In 2005, Netwerk / Centre for Contemporary Art was decreed as mono-disciplinary arts centre.

As of September 2016 the responsibility of Netwerk’s artistic direction has been passed on from Paul Lagring to Els Silvrants-Barclay and Pieternel Vermoortel. They are currently heading up a transition process that will result in a new mission, programme structure and internal organisation. A definitive plan and accompanying programme will be announced by September 2017.